Pagoda bridge - The symbol of the ancient town

Pagoda Bridge is 18 meters long and 3 meters wide and it was built over the ditch which flows out to the Thu Bon River by Japanese traders in the early 17th century. This is a very distincitive architecture and a convergence of the typically cultural Asian styles. It was once called Pagoda Bridge because two sides of the bridge because two sides of the bridge were shaped like two windows were built by flowered enamelled tile. Inside the windows, situated in the center of the bridge are large rooms used for worshiping as in a temple or pagoda.
In the year 1791, Nguyen Lord (Nguyen Phuc Chu) visited Hoi An and renamed the bridge as Lai Vien Kieu, which means a bridge for passengers-by from far away. Lai Vien Bridge (Kieu means bridge) is the evidence of the golden time of Hoi An Ancient Town for many centuries. Is was once a busy intrentionla port and an residing palce for Japanese, Chinese and Vietnamese communities from the 17th to 18th centuries.

Pagoda Bridge has been famous for its unique and special architecture. On one bridge side - the western end are a pair of wooden monkeys and are a pair of wooden dogs guards indigo-blue eastern side. There are several explanations for these animal statues. One story claims that construction of story claims that construction of the Dog and finished in the year of the Monkey, so the animal statues were built up for celebrating these events. Another ancient story said that a water. Monster - Cu resided in the ditch under the bridge. His head was in India while its tails in Japan and its back went acroos Hoi An Town. Each time, the monster Cu woke up, floods happened and caused severe damages to human life and property. Therefore, the Japanese built the Pagoda Bridge atitsstragetic point to protect inhabitants from disaters and to help them live peacefully and prosperously. The Chinese worshiped the God â€œBac De Tran Vuâ€ right in the centre of the pagoda to exorcise water monstrers based on their religious belief.

During the time and the ups and downs of history, Pagoda Bridge was downgraded and has been restored several times in 1763, 1817, 1865, 1917 and the latest rehabilitation was done in 1986. The Japanese Bridge or Pagoda Bridge has been regarded as the symbol of the ancient town and was licensed as a National Historical and Cultural Relic on 17th February 1990. 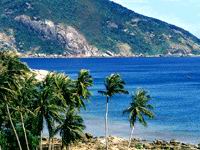 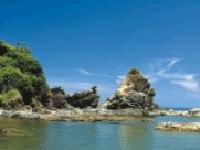 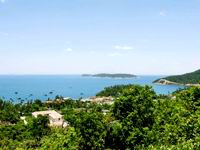 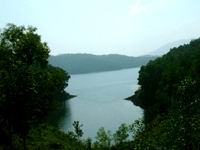 The beach of Cua Dai