Every year, the festival takes place on lunar July 15th.
This is the festival of fishing villagers around Hoi An city to get rid of plague when coming to new season. It is organised in the common house in hamlets and communes. During the festival, there is a procession of Long Chu (King boat in the form of a dragon-a holy symbol to prevent bad evils from the common house to the riverbank, then Long Chu is floated into the sea.

Before the festival, shamans put up incense table and put amulets in the place believed as the shelter of ghosts and devils. Following the shamans, teenagers with cold steel (machete) in their hands clear the bushes along the village path and together sing in response to each other in an exciting atmosphere. During the day of main festival, the priest holds offering rituals; after that, the Long Chu procession takes place to get rid of ghosts and epidemic around the village. In the festival, traditional games and classical drama last from morning till night. 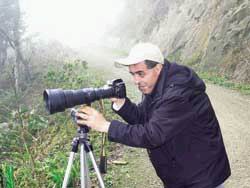